Sleep deprivation and fatigue and how to manage it

Did you know that Ariana Huffington, the co-founder and editor-in-chief of The Huffington Post, suffered a collapse due to severe sleep deprivation?  Or, that the CEO of Amazon would rather get extra sleep to make better decisions than squeeze out every last business hour?

Both of these highly successful individuals came to recognise the importance of a good night’s sleep in their own way. In Ariana Huffington’s case, she went on to revamp her lifestyle in order to make sure she was getting enough sleep every night after acknowledging that sleep is vital to one’s health.

So, why the sudden emphasis on sleep deprivation? Whilst it seems like every hard working individual must be incredibly busy and perpetually exhausted to achieve success, the reality is the complete opposite.

Like every other element of evolution, there’s a reason why we love to sleep. Sleep is the period in which we revive. For instances, when we sleep it gives our bones the chance to absorb much needed calcium. And whilst our brains remain active at all times, recent findings have shown that sleep helps to remove the toxins in our brain that build up whilst we are awake.

When you sleep less, you pump out more adrenaline in an attempt to survive. At the same time, you’re producing more cholesterol. The end result? A higher risk of blood clots.

As for your immunity, that will decline too. At best, this means encountering more colds than usual. If you already suffer from an autoimmune condition, flu may be on the horizon.

Not to mention what it does to a person’s productivity. Sleep deprivation more often than not results in our inability to focus on work, as well as failure to sustain attention for long periods of time.

Without sleep, you’re not performing

If you’re in the midst of trying to advance your career, aim for between seven and nine hours of sleep per night. While sleep deprived, it’s difficult to focus on important tasks when something distracts you. When you’re refocusing time increases, your productivity decreases.

Still not convinced? Sleep deprivation costs the U.S. economy $63.2 billion per year. There’s no reason why that wouldn’t translate to Australia on a similar scale.

When we are sleep deprived, we are more likely to overreact to smaller issues. As a result, we may be perceived as irrational or as being on edge. Additionally, those who sleep less feel lonelier, which can often to lead to feelings of depression, anxiety and isolation.

With that in mind, here’s how you get a better night’s sleep

If you’re keen to boost your health, enhance your career, and maintain a flourishing social life, all you need to do is sleep. Here are some of our top tips for success:

When you’re sleep deprived, you can top up your sleep bank with a nap. However, don’t sleep too close to bedtime. Doing so makes it harder to return to sleep, which means you’re back to square one.

Sleep to your schedule

Many people will have you believe that waking early is best. However, in reality, it’s a case of choosing what works for you. To illustrate our point, we’ll use two celebrity examples:

While Barack Obama wakes at 5am without fail, Karl Lagerfield wakes at whatever time, providing he sleeps for seven hours. If you’re a night owl, embrace it and wake later. The same goes for early birds. If you don’t know what your schedule is, figure it out. Experiment with different patterns and see which leaves you feeling refreshed.

You don’t need to abandon caffeine entirely. But keep in mind that it takes the average body 5 to 6 hours to eliminate one-half caffeine, so it is best to avoid coffee in the late afternoon and especially just before bed.

If you do wake during the night, resist descending into a panic over what the next day will bring. It won’t help you sleep and you’ll only experience your day twice over. Instead, try meditation or reading a book. Even if you don’t sleep, you won’t expend energy on a pointless activity that could leave you feeling stressed, anxious and ultimately more tired – both physically and mentally.

Bodycare is an innovative player within the occupational health space. Our philosophy is that in order to maximise workforce productivity we need to empower employees to be healthier and avoid injuries, thereby improving our partners’ bottom line while promoting an enhanced culture and staff engagement.

If you have any questions about our services, please send us a message and we'll get back to you within 48 hours. 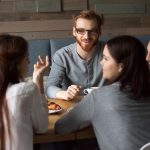 Are we tackling mental health head on? 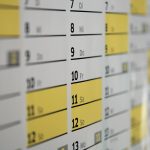